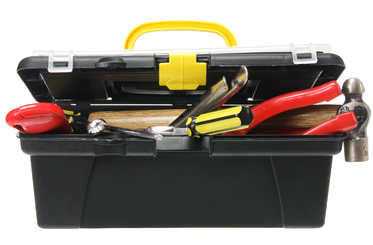 Despite the general agreement that being prepared for an information security incident decreases the pain of dealing with the intrusion, few companies seem to plan for the eventuality of a data breach. Understanding why organizations don’t prepare for incident response might help us come up with advice that goes beyond merely emphasizing the need for an incident response plan.

Do Organizations Understand the Threats?

One explanation for the lack of preparedness suggests that organizations simply don’t know that it’s a dangerous online world out there and, therefore, might not even understand what security incidents are about. This is probably incorrect. A Symantec study of small and midsize businesses found that the SMBs were aware of online threats. More than half “stated that malware would reduce productivity while the infected systems were repaired and 36 percent recognized that hackers could gain access to proprietary information.” If SMBs understand this, so do the larger enterprises.

As indicated above, companies seem to possess a general awareness of the threats and understand that a data breach could have adverse effects. The problem might be that these firms don’t believe they will be attacked.

Indeed, the Symantec study mentioned above found that SMBs thought that, due to their smaller size, they were less likely to be attacked. In reality, Symantec’s data showed that SMBs were more likely to be targeted than large enterprises and, therefore, underestimated the risk.

This situation is a bit reminiscent of the University of Pennsylvania’s study that examined teens’ perception on the risks associated with smoking. The teenagers knew about the link between smoking and cancer; however, they believed that they personally would be able to “avoid the health consequences of smoking.” The researchers noted:

“In keeping with other research findings, young smokers in this study estimated their own personal risks differently from risks to smokers in general.”

Perhaps there is an underlying psychological tendency among individuals to be optimistic when assessing risks, thinking they are less likely to experience a negative event than others in their peer group.

Do Organizations Foresee the Pain of Dealing with the Incident?

There’s another explanation for organizations not thinking in advance about security incidents, even if they are aware of threats and recognize that they might be attacked. It has to do with the weak understanding of the effect an incident can have on the organization. Without this understanding, the company would fail to see the need to prepare in advance and wouldn’t know what dealing with incidents might be like.

In the UPenn smoking study mentioned above, some teens acknowledged that they were at an increased risk of developing cancer if they continued to smoke. However, they failed to understand the horrible effect that cancer, if it occurs, could have on their lives. They underestimated the deadliness of this disease. The researchers concluded:

“Young smokers understand that smoking is likely to shorten a person’s life, but do not have a clear idea of the number of years involved.”

It’s quite possible that organizations similarly underestimate the disruptive effects of information security incident. At least in the short term, it will find itself suspending some aspects of its routine, switching into incident handling mode that is costly and stressful.

The studies act as illustrations of the challenges we encounter when assessing risks. If we are to attempt persuading companies to consider how that will handle information security incidents before the event takes place, we need to consider several reasons why they might not care to think about this in advance:

Try as we may, we should also recognize that human nature leans towards being reactive, rather than encouraging proactive behavior. This is one of the reasons I’ve prepared various incident handling cheat sheets and outlined some advice in a presentation titled How to Respond to an Unexpected Incident.