REMnux is a lightweight Linux distribution for assisting malware analysts in reverse-engineering malicious software. I released REMnux in July 2010. Today, I’m pleased to announce REMnux version 2. You can download the new version of REMnux from its main page as a virtual appliance and as a Live CD.

This note describes the changes introduced into the distro in the 2.0 release. If REMnux interests you, take a look at the reverse-engineering malware course I teach at SANS Institute. 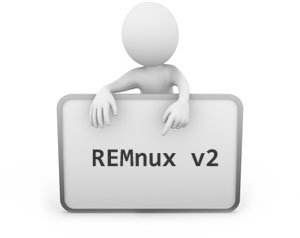 REMnux includes the updated version of Jsunpack-n, which includes a number of new features, such as proxy support, improved handling of encrypted PDFs, and other updates.

Stunnel is now installed to assist with the interception of SSL sessions in the malware analysis lab.

Tor and torsocks were installed to ease the process of anonymizing interactions with suspicious websites. Torsocks includes the “usewithtor” utility, which makes it easy to tunnel commands through Tor (e.g., “usewithtor wget”). To launch the Tor daemon, type “tor start”; to shut it down “tor stop”.

Volatility memory forensics framework was updated to version 1.4 RC 1. This version includes a different plugin architecture, incorporating many of the standalone plugins from version 1.3 into the core distribution. The new version of Volatility has a more streamlined feel from a usability perspective. Also, it includes basic support for Windows Vista and 7. (See what’s new in Volatility 1.4.)

The pyOLEScanner.py utility is now installed to assist with the analysis of malicious Microsoft Office documents.

The libemu library was installed to obtain the “sctest” tool, which is useful for shellcode analysis. To emulate the execution of shellcode, run “sctest” such as “sctest -Ss 1000000000 < binary-shellcode”.

Added the “whois” utility for looking up domain details from the command line.

Added ClamAV for manually scanning suspicious files and generating signatures when necessary. (The ClamAV daemon is not running by default on REMnux.)

Upgraded the Net::DNS Perl library to address an issue related to the operation of INetSim.

Thank you to everyone who has been providing feedback regarding REMnux, both recommendations for improvement and praises that have encouraged me to continue working on it. In particular, I’d like to thank Michael Hale Ligh, Hal Pomeranz, Dave Hull, Vladimir Panteleev and Thomas Hungenberg for their help in troubleshooting a few issues when I prepared version 2 of REMnux. Also, thank you to members of the REM course mailing list for their for their REMnux improvement suggestions.