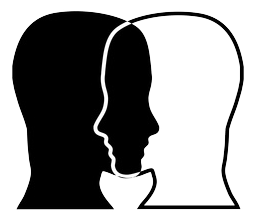 I'd like to define the term honeypot persona as a fake online identity established to deceive scammers and other attackers. If this notion interests you, take a look at the article where I proposed using honeypot personas to safeguard user accounts and data. If you haven't read that note yet, go ahead I'll wait…

In that article, I wrote that:

"Using decoys to protect online identities might be an overkill for most people at the moment. However, as attack tactics evolve, employing deception in this manner could be beneficial. As technology matures, so will our ability to establish realistic online personas that deceive our adversaries."

Online attackers have many advantages over potential victims, making it hard to defend enterprise IT resources and personal data. In such situations, diversion tactics might help the defenders balance the scales by slowing down and helping to detect attackers.

I've outlined my recommendations for the role that honeypots can play as part of a modern IT infrastructure earlier. I'm also suggesting that honeypot personas, which could also be called decoy personas, might be effective at confusing, misdirecting, slowing down and helping detect online adversaries. For example,

"A decoy profile [on a social networking or another site] could purposefully expose some inaccurate information, while the person's real profile would be more carefully concealed using the site's privacy settings."

A honeypot persona exhibits characteristics that might be attractive to online attackers, deflecting malicious activities and potentially warning the real person who carries the same name as the decoy, that he or she might be targeted soon.