When performing behavioral analysis of malware, it’s not uncommon to switch between networks. You might need to be connected to the Internet for some tasks, such as investigating a suspicious website. For others, such as interacting with a malicious program, you may need to be on a fully isolated segment. The “netsh” tool, built into Windows, can help you quickly switch the laboratory system’s network configuration profiles.

Use the “netsh interface dump” command on Windows to view your current network configuration details in a Netsh-compatible script format. You’ll want to save the output of the tool to a text configuration file, such as: 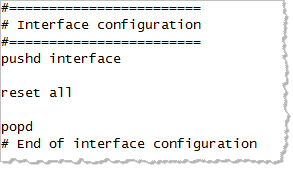 To apply the saved configuration script, use the “netsh -f” command like this:

Netsh for the Malware Lab

Just so you know, I teach the malware analysis course at SANS Institute.