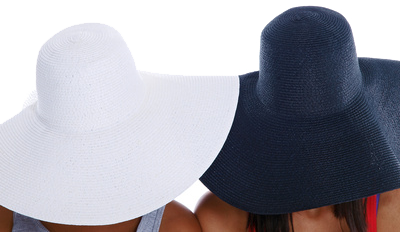 Observing the rapid rate at which on-line social networking is taking over the world, I cannot help but feel that our perception of data privacy is changing. Some might declare privacy dead, but I think the situation is more complex than that. We might be experiencing a shift from a private by default to a public by default mentality, though we haven’t yet developed the societal norms to deal with this change.

We might learn what the future of data privacy may hold 15 years from now by understanding how teenagers see this topic today. After all, teens will will be playing increasingly important roles as they gradually turn into adults over the next decade or two. The behaviors they are developing now will have a strong affect on society when they grow up.

One of my favorite source of insights into the world of teenagers’ online social networking is the research conducted by danah boyd. The draft of a paper that she and Alice Marwick recently published offers a wealth of information on teens’ privacy attitudes, practices and strategies (PDF).

The Importance of Context

According to danah and Alice’s research, teens’ perception of privacy being violated depends greatly on the context within which information is shared. For instance, when educators attempted to teach students about privacy by showing during an assembly public photos from the teens’ Facebook profiles, the students were furious. “By taking the images out of context, the educators had violated students’ social norms and, thus, their sense of dignity, fairness, and respect.

The paper points out that until recently, communication protocols and technologies made it easier not to share information. Sharing information with a large audience historically required an effort, such as making a formal announcement in a medium that could reach the audience.

As the result, our social norms for exchanging information developed to support the notion of private by default. For instance, most adults assume that when having a one-one-one conversation, each party will not share the information with others unless explicit permission was granted. Those who violate this norm risk being labeled gossipers.

On-line social media is changing those norms, making content easily available to a mass audience without significant effort. As the result,

"Rather than choosing what to include or what to publicize, most teens think about what to exclude. They accept the public nature of information, which might not have been historically shared (perhaps because it was too mundane), but they carefully analyze what shouldn’t be shared. Disclosure is the default because participation—and, indeed, presence—is predicated on it."

To support this public by default view of the online world, teenagers are organically developing elaborate societal norms and sensitivity to the context in which the information is shared. Understanding these dynamics may help us predict what the on-line—and perhaps the off-line—world will be like in the next decade or two.