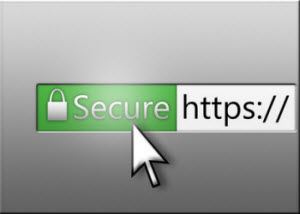 Online communication and data sharing practices rely heavily on digital certificates to encrypt data as well as authenticate systems and people. There have been many discussions about the cracks starting to develop in the certificate-based Public Key Infrastructure (PKI) on the web. Let's consider how the certs are typically used and misused to prepare for exploring ways in which the certificate ecosystem can be strengthened.

How Digital Certificates are Used

Digital certificates are integral to cryptographic systems that are based on public/private key pairs, usually in the context of a PKI scheme. Wikipedia explains that a certificate binds a public key to an identity. Microsoft details the role that a Certificate Authority (CA) plays in a PKI scenario:

HTTPS communications are safeguarded by SSL/TLS certificates, which help authenticate the server and sometimes the client, as well as encrypt the traffic exchanged between them. Digital certificates also play a critical role in signing software, which helps determine the source and authenticity of the program when deciding whether to trust it. Certificates could also be used as the basis for securing VPN and Wi-Fi connections.

In the recent years, the PKI environment within which digital certificates are created, maintained and used began showing its weaknesses. We've witnessed several ways in which the certs have been misused in attacks on individuals, enterprises and government organizations:

These were just some examples of real-world incidents where digital certificates were misused. In a follow-up post, I discuss the initiatives aimed at strengthening the PKI ecosystem within which the certificates are issued, validated and utilized.