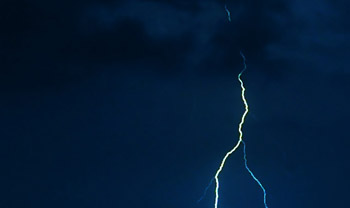 Security professionals are rightly concerned about their organizations starting to embrace cloud-based services even for applications that process sensitive and regulated data. Yet, cloud computing is a reality of today’s business and IT climate. Coming to terms with paradigm starts by understanding the terminology and key cloud frameworks and continues by considering the risks associated with such services. Once organizations delineate the risks worth worrying about, they can determine how to handle them.

Build Upon Your Existing Approaches to Risk

Don’t start from scratch when dealing with Governance, Risk and Compliance (GRC) issues of cloud computing. You might have already established approaches for reviewing logs, formalizing third-party vendor commitments, performing change management, and defined other controls that apply to IT infrastructure and applications regardless of how they are deployed. Build upon the tools, processes and people your organization has come to rely upon.

The risks particularly relevant to cloud services are those associated with the following characteristics of the cloud:

Concerns Over the Hypervisor

Discussions of cloud risks often highlight the possibility that the hypervisor, which handles virtualization of cloud IT resources, can be exploited. For instance:

Who Is Responsible For What?

Organizations that use an external/outsourced form of cloud services usually retain some security and regulatory responsibilities. Critical security and GRC tasks might not get done, because each party will assume that the other needs is responsible for them. This is because organizations often fail to define which obligations fall upon the cloud provider and which will be handled by the customer. For instance:

Creating a roles-and-responsibilities matrix prior to executing the cloud services contract will help prevent critical tasks falling through the cracks.

Visibility into The Cloud

Cloud services are often presented as black boxes that function according to the specifications. Yet, the inner-workings of such services is often not visible to the user. This makes it hard to define, validate and enforce security and related IT controls. Third-party attestations can shed some light on security practices of the cloud provider. Moreover, cloud providers may allow customer to review some security logs and events that occur within the cloud.

Here are pointers to the papers I found particularly useful when considering cloud-related security risks: